Lego’s message to parents: Playtime benefits you as much as your kids 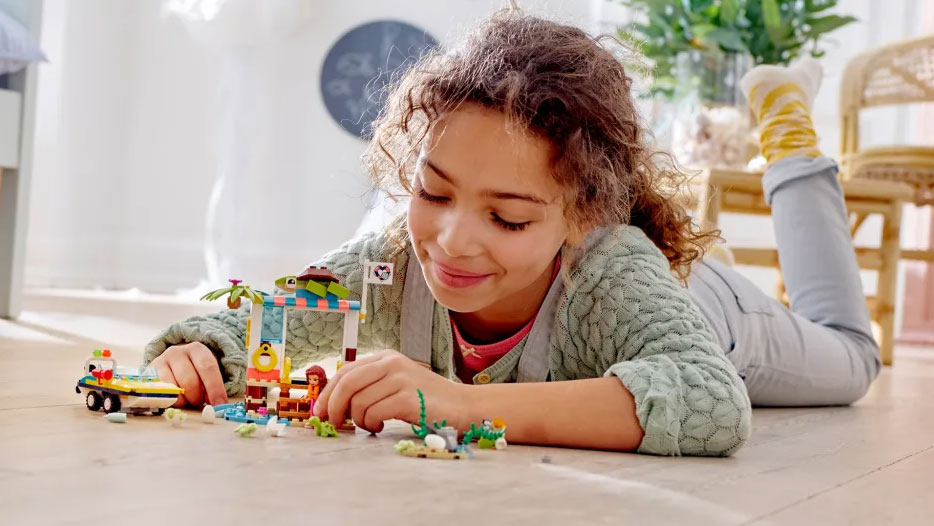 Most kids in the U.S. have plenty of access to toys. What they may lack is one particularly important person to play with: their parents.

And their parents are also feeling the crunch: 32% of those kids’ parents admitted they lacked time to play with their children, a problem that likely gets worse as we enter back-to-school season. But play is just as important then, because certain kinds of play are crucial for kids’ social, emotional, and cognitive development.

These findings come from a survey of roughly 13,000 parents and kids around the globe that was conduct by Lego. “More than at any other time in modern history, playtime is under threat,” reads the company’s Play Well report, where it published these findings.

“In the United States and many other developed countries, people are running so fast that they think they need to plan every minute of what they do and that things have to be really structured,” says Sarah Bouchie, a vice president at the Lego Foundation, Lego’s nonprofit division that supports “learning through play” as a key block in childhood development, and is using Lego’s report to try to encourage more family play. So the real victim is free play—those moments when parents and kids find activities that are loosely structured, a format that helps kids learn to be creative, problem-solve, and regulate their emotions.

“When we talk about learning through play, we really talk about helping children to be in the lead,” she adds. “We feel like there’s a sweet spot where if a caregiver is really paying attention to a child, then that parent can help respond to what they want to do.”

From Lego’s perspective, that can happen with young children through both brick- and non-brick-related activities. One non-brick example? Simply helping your kid plan a tea party. Plotting out who will be invited, where they will sit, and what will be served is the sort of engaging imaginative play that children thrive on. Another moment could be simply throwing a ball around in the backyard while talking with kids about their day. This is an activity that requires taking turns, being patient, and not getting frustrated if you miss.

According to Lego’s survey results, it’s exactly the sort of thing that’s not happening anymore: Kids are more likely to engage with digital games than outside ones. “Of all children surveyed, American children spend more time on solo and digital play per week (spending seven hours and nearly six hours respectively),” notes the report.

To encourage more action, Lego is playing up the emotional payoff for parents. “Nine out of every 10 parents are saying that play is fundamental to their own happiness and makes them feel more relaxed and energized and creative,” says Bouchie. “They report that they feel more connected to their child, and that’s a positive and beneficial thing for them.”

Lego also has plenty of product-related suggestions. The company’s Duplo channel on Facebook is stuffed with video tutorials for how to work Legos into different kinds of math, memory, or puzzle games. (Duplo is the brand name for oversized bricks designed for younger kids below the age of 5). “But if you take the time to be present with your child in the moment when you’re grocery shopping, when you’re setting the table, when you’re tying shoes in the morning, when you’re showering—these everyday routines are perfect opportunities for you to use your imagination and help your child think about things in a different way,” Bouchie says.

Studies at Harvard have shown how engaged game-playing can improve executive function or displays of creativity, rationality, and maturity among children who have experienced neglect. “You don’t need fancy toys. You don’t need a ton of time,” she says. “You don’t have to be perfect, you just have to put in the effort and just a few minutes a day can make a big difference.”

Correction: This post has been updated to reflect that Lego, not the Lego Foundation, is responsible for the Play Well report.