Why You Should Enroll Your Kids in Piano Lessons 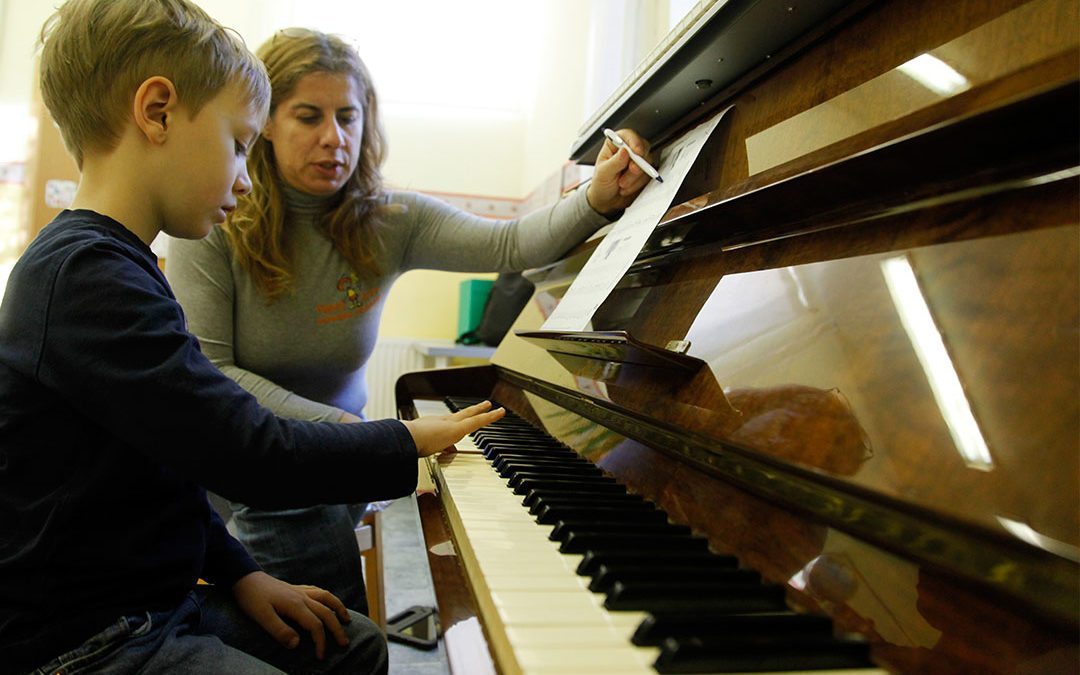 With 88 keys and hundreds of internal strings, a standard piano produces a slew of unique sounds and tones. And mastering that complex system doesn’t only result in beautiful music — a new study says it can also help kids build up their language skills.

“There’s evidence that early exposure to piano practice enhances the processing of sounds that extend not only from music, but also into language,” says John Gabrieli, a cognitive neuroscientist at the Massachusetts Institute of Technology’s McGovern Institute for Brain Research, and the co-author of the paper published in Proceedings of the National Academy of Sciences.

Building on an existing body of research on music and chilhood development, the authors pinpoint a specific way that piano lessons can help young children enhance their language processing skills. As kids’ ears become trained to distinguish between different pitches and tones at the piano, Gabrieli explains, they also seem to get better at parsing subtle differences between spoken words, a key element of language acquisition.

For the study, researchers sorted 74 Mandarin-speaking Chinese kindergarteners, all of whom were either 4 or 5 years old, into three groups. One group took three 45-minute piano lessons each week, one group got the same amount of additional reading instruction, and the final group did neither.

After six months, the groups showed no significant differences in general measures of cognitive ability — things like IQ, memory and attention span — but the piano group had distinguished itself in one key way.

Even compared to their peers in the extra reading group, children who took piano lessons were significantly better at distinguishing between spoken words that differed by only one consonant, Gabrieli explains. (Both the piano and reading groups performed better than the control group at differentiating between vowels.) This, he says, suggests that piano lessons affect a crucial and complex element of language processing.

Consonants, like “T” and “D”, can sound so similar that the human brain has to make a snap decision about what it’s hearing. “Consonants require a bit more precision to tell one from another than do vowels,” Gabrieli says. “The biggest benefit showed up where there’s the biggest challenge.”

This effect is “especially salient” for Mandarin speakers, Gabrieli says, because the oral language relies so heavily on subtle differences in tone. But he says other research has suggested that musical ability may offer similar benefits to speakers of non-tonal languages, such as English. While the current study looked specifically at piano lessons, Gabrieli says the findings “might well extend broadly to other musical education” as well.

The results were so striking that the school in Beijing where the study was performed continued to offer piano lessons to its young students even after the experiment ended. “The more advanced they are, the better they progress on [pitch discrimination], and it helps them with language development altogether,” Gabrieli says.