We, the Cheeky Monkeys, have had a busy two weeks. We have been continuing with our unit on ’A Century of Art’. We talked about ’moving’ as a way of expression and stories can also be told by acting or moving. Ms Handenur showed how to tell a story that was read before in the classroom and then by moving with Yoga and breathing exercises. The children learned and practiced some new yoga poses and pretended they are the animals, plants and objects from the story.
To talk about ’music’ as another way of self-expression, the children listened to different songs including La valse d’Amélie by Yann Tiersen, Swan Lake by Tchaikovsky and Dvorak Symphony number 9. The children were asked to comment on how this music made them feel and what instruments they could hear. We got a lot of interesting responses including feelings of happiness, sadness, and funny music. Mr Kyle then surprised the children by showing them his acoustic guitar. He played some songs for the children and talked to them about the strings on the guitar including tuning and how the sound is produced. The Cheeky Monkeys sang along to ‘Twinkle Little Star’ and asked Mr Kyle questions about the guitar. The children learned that artists are not just painters, but also musicians, and that we can all be inspired to learn to play an instrument by famous musicians and artists that have been before us.
Lastly, Ms Marian introduced ceramics as a different kind of art as self-expression. In this session, the children learned about ceramics and the materials it is made from. In addition, they were introduced to the origins of ceramics and the country it originated from. Later on, they were given clay to form shapes with the tools and techniques they were presented with. 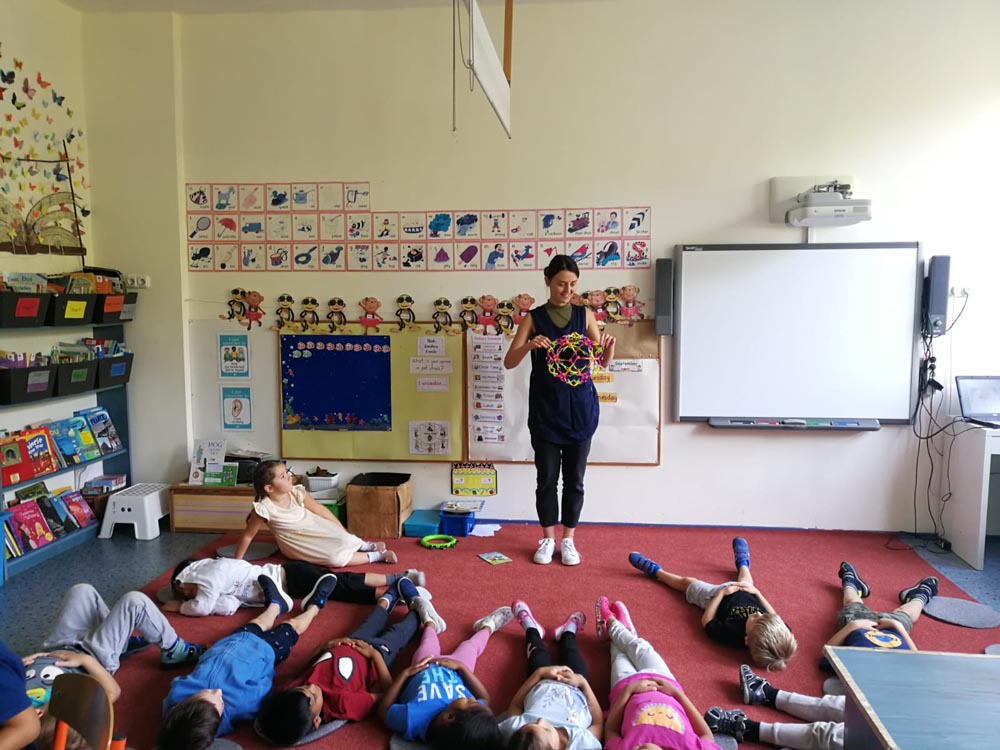