The Brilliant Pandas children went to the Chess Playground land and learned some new things about the pawn chess piece. First, the children covered their eyes and used their sensors to find pawn pieces from many. Then, they played the Pawn says game where they had to follow the Tiny Little Pawn’s commands, such as jumping up and down. Next, they learned interesting facts about the Tiny Pawn, such as he is worth only one point, there are eight of them in each army, and he can move forward only. At last, the children visited the cloudy Chess Palace and helped to find those chess pieces who were hiding behind the clouds. 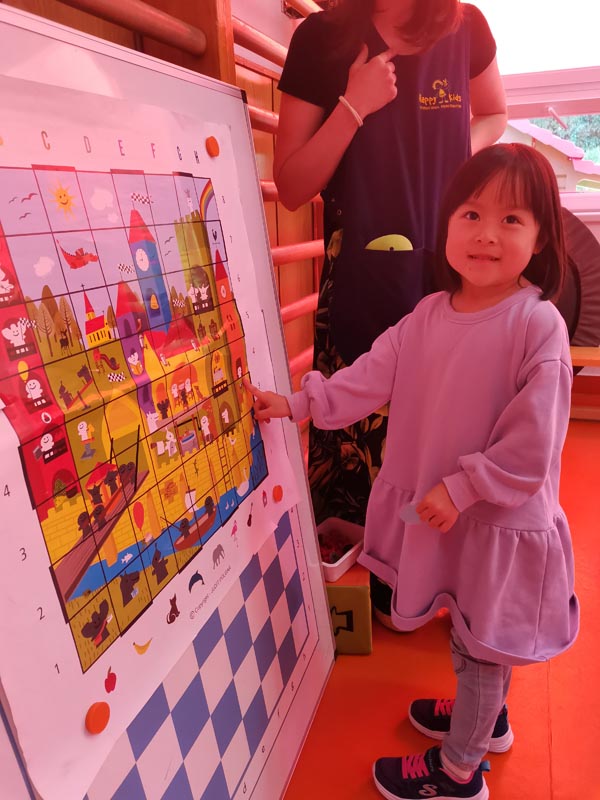 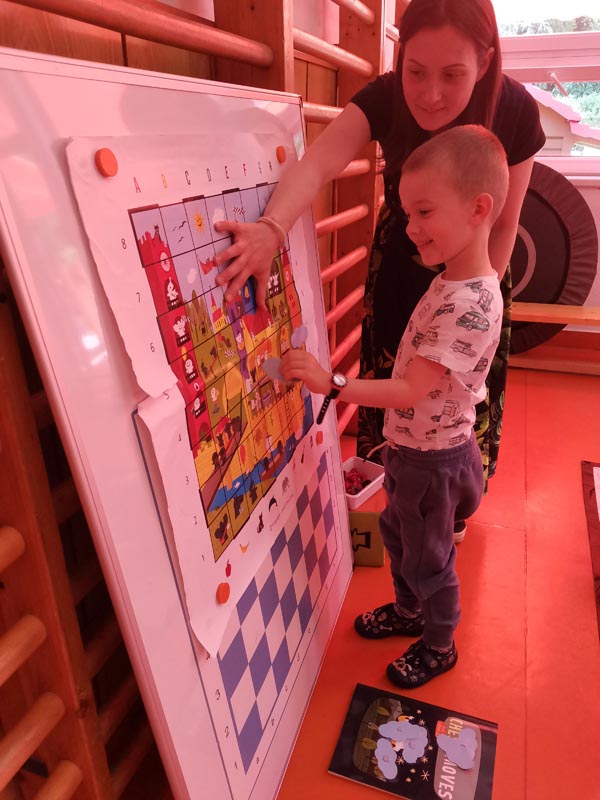 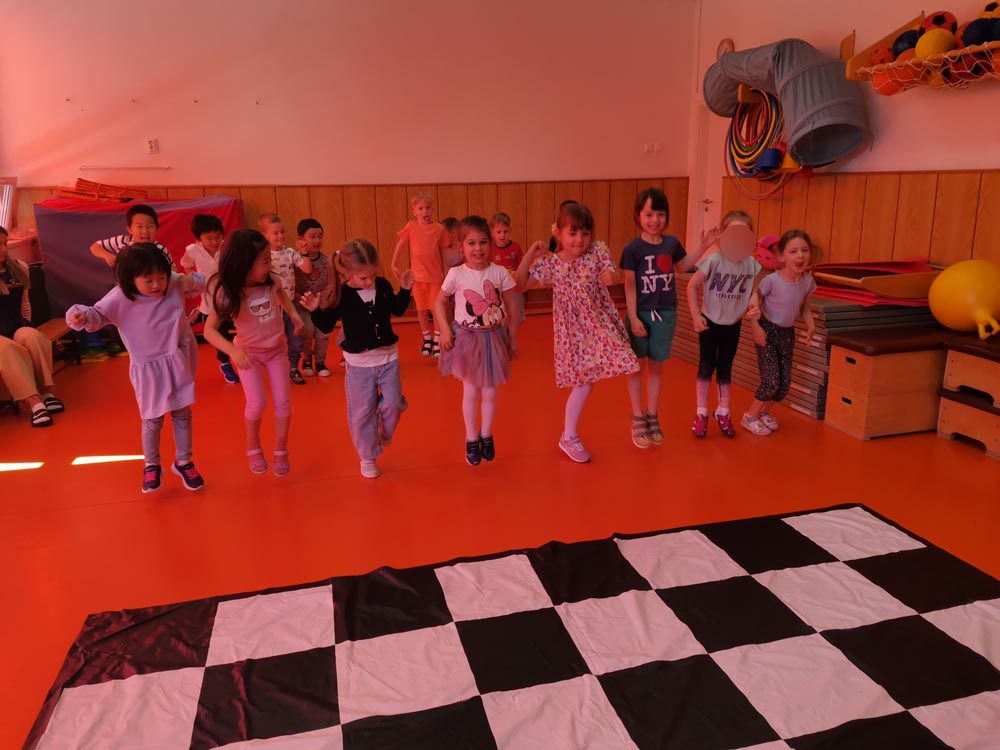 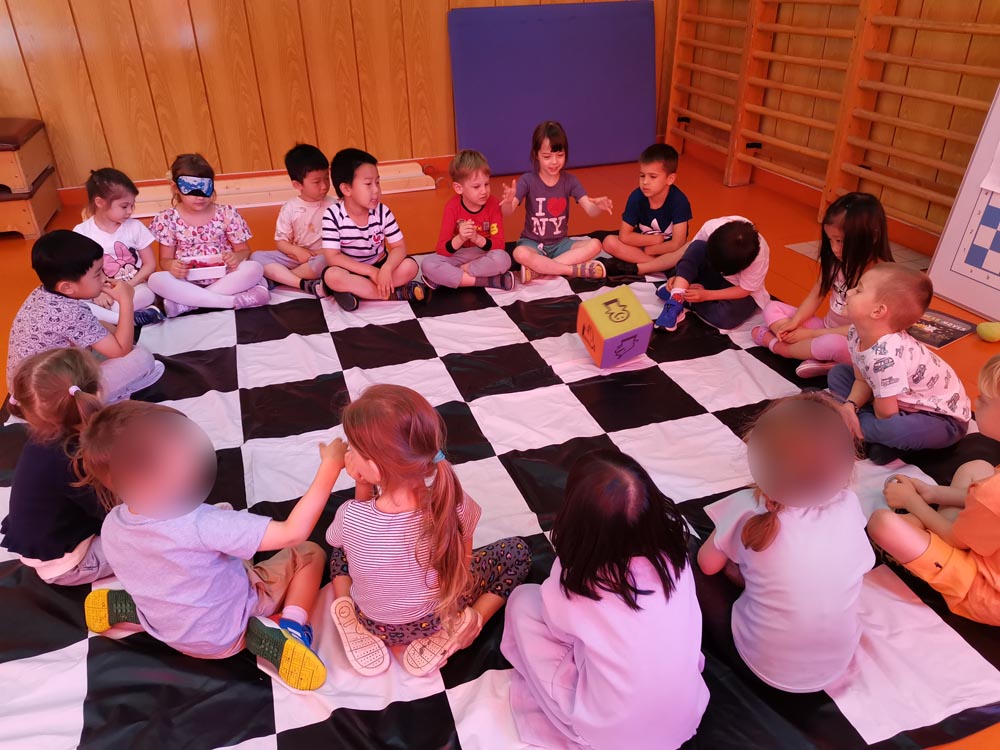 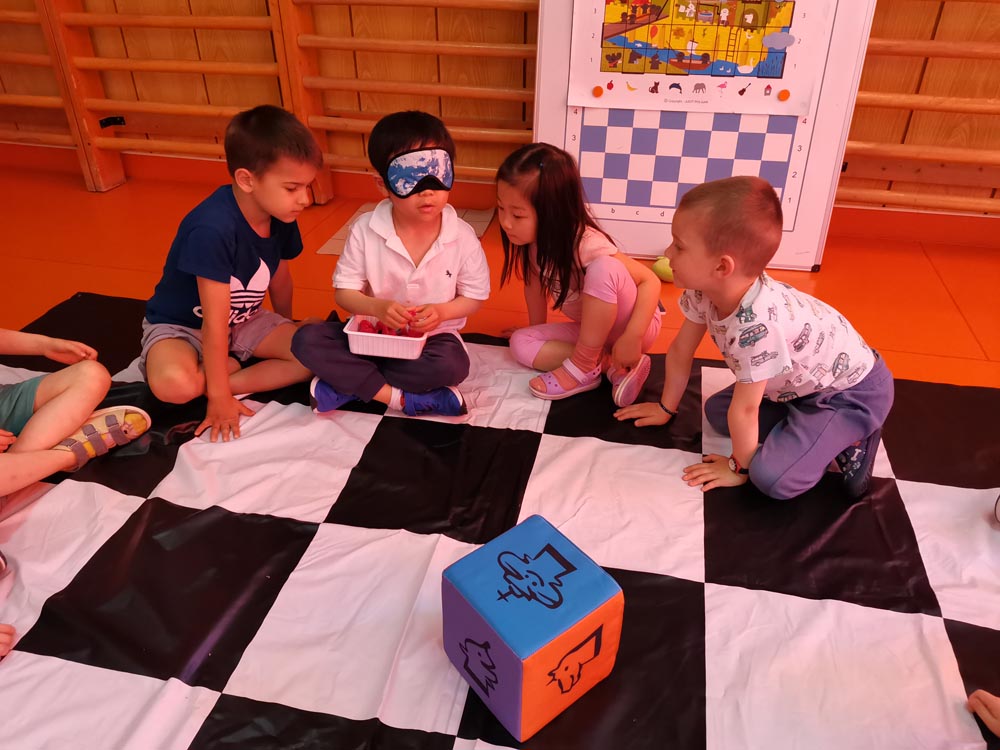 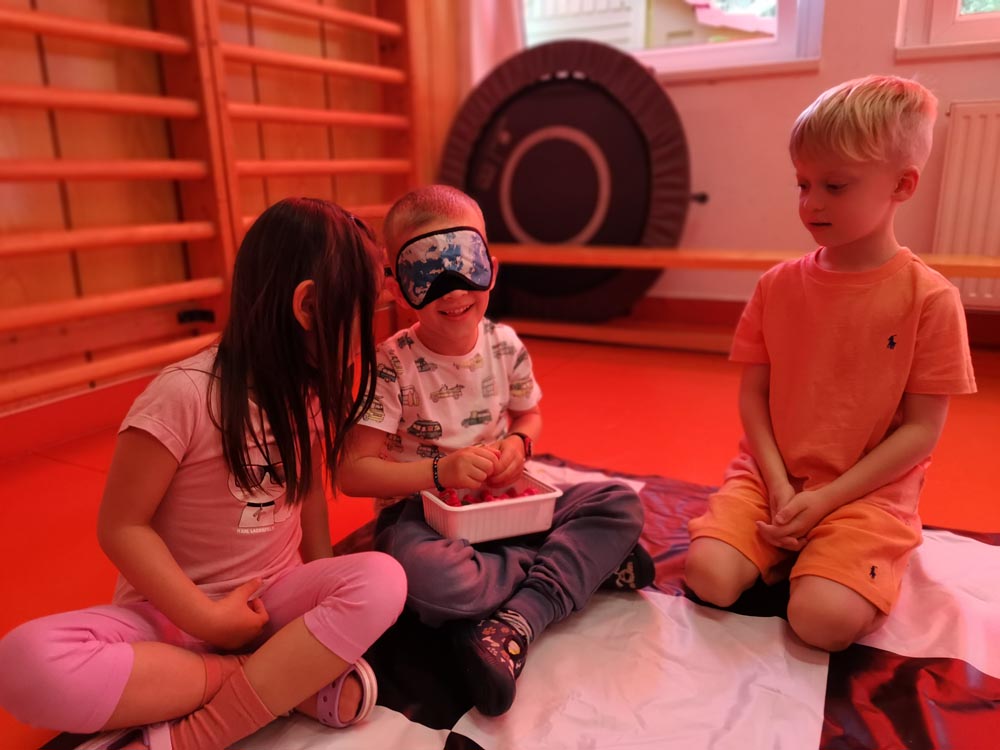 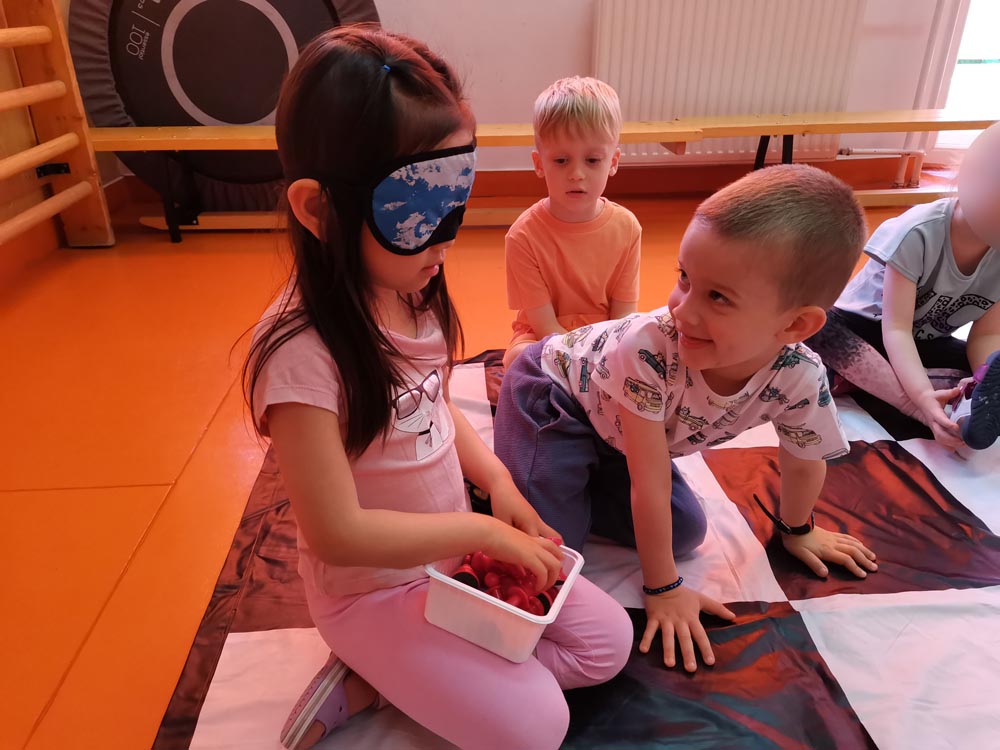