The Brilliant Pandas children went to the Chess Playground land and learned some new things about the knight chess piece. First, they played hide-and-seek with Jumpy Knight from the Chess Palace. Next, they played a chess-themed tick-tock boom game with him and learned a new chess rhyme. Then, they learned interesting facts about Jumpy Knight, such as he is worth three points, he is a twin piece, he can jump over other chess pieces, and he can move in an “L” shape. At last, the children looked for his horseshoes on the chessboard and practiced moving with him on the chessboard. 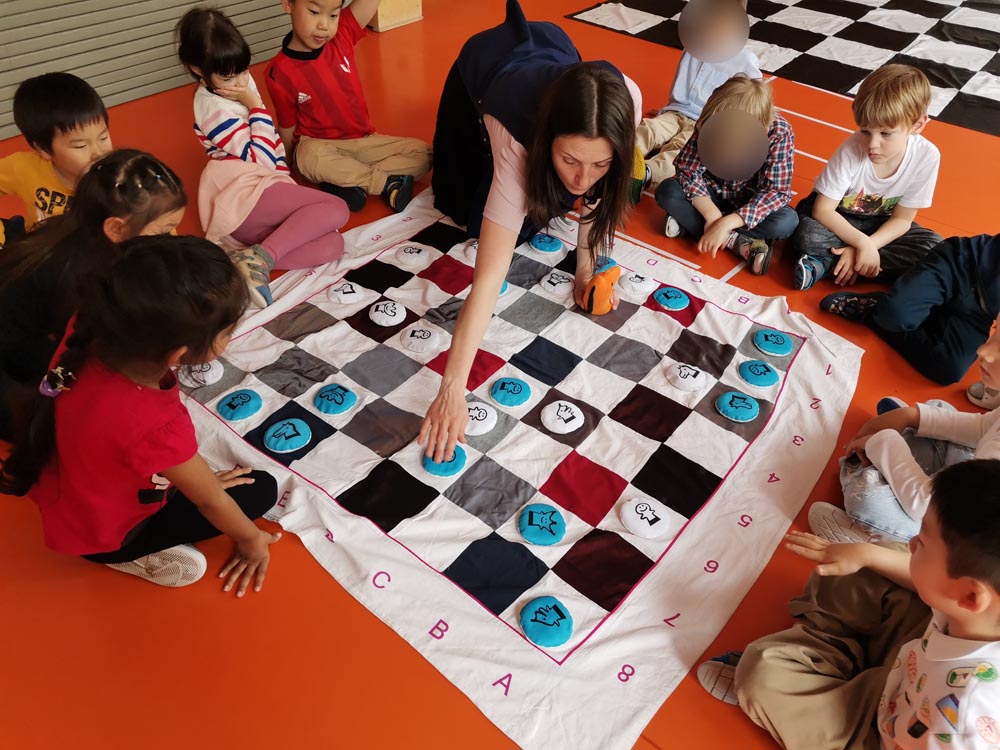 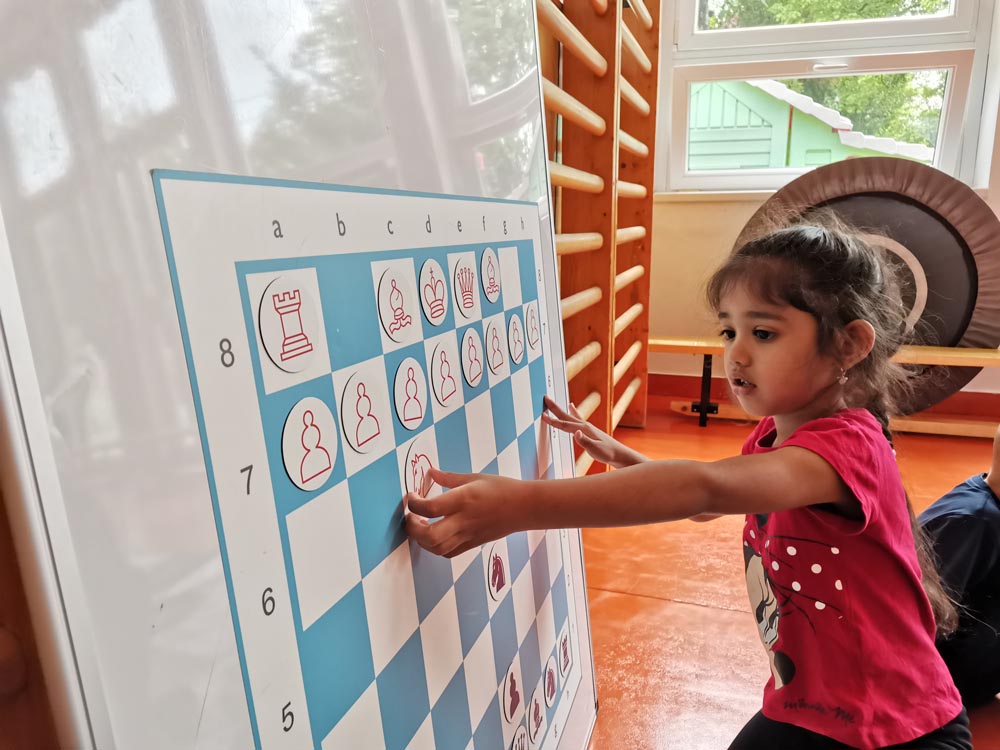 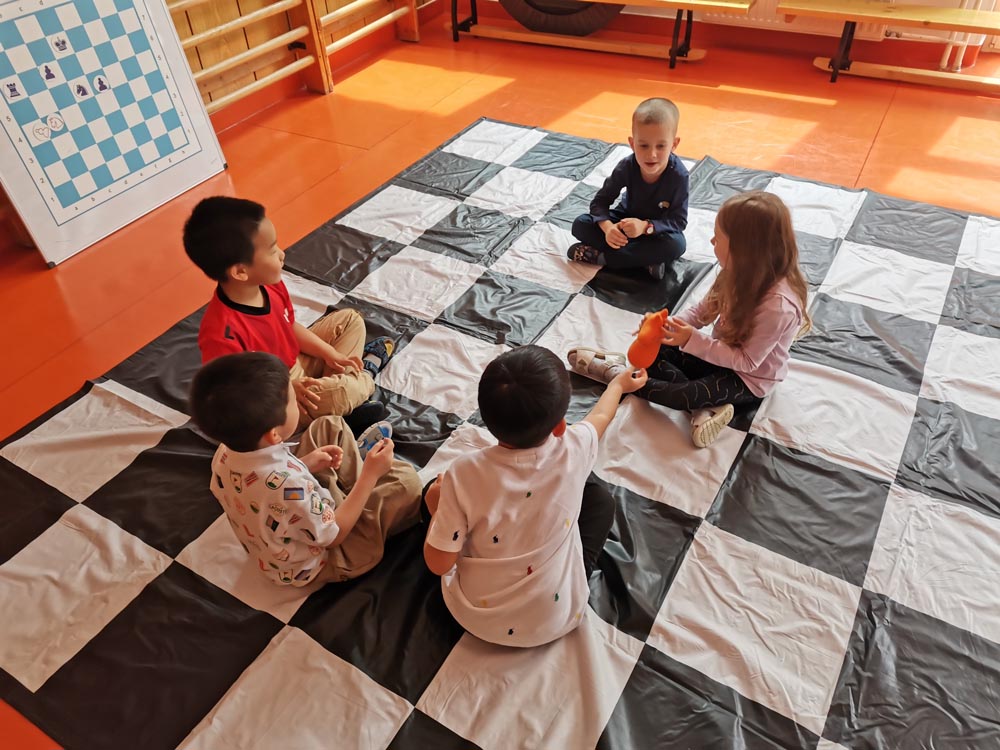 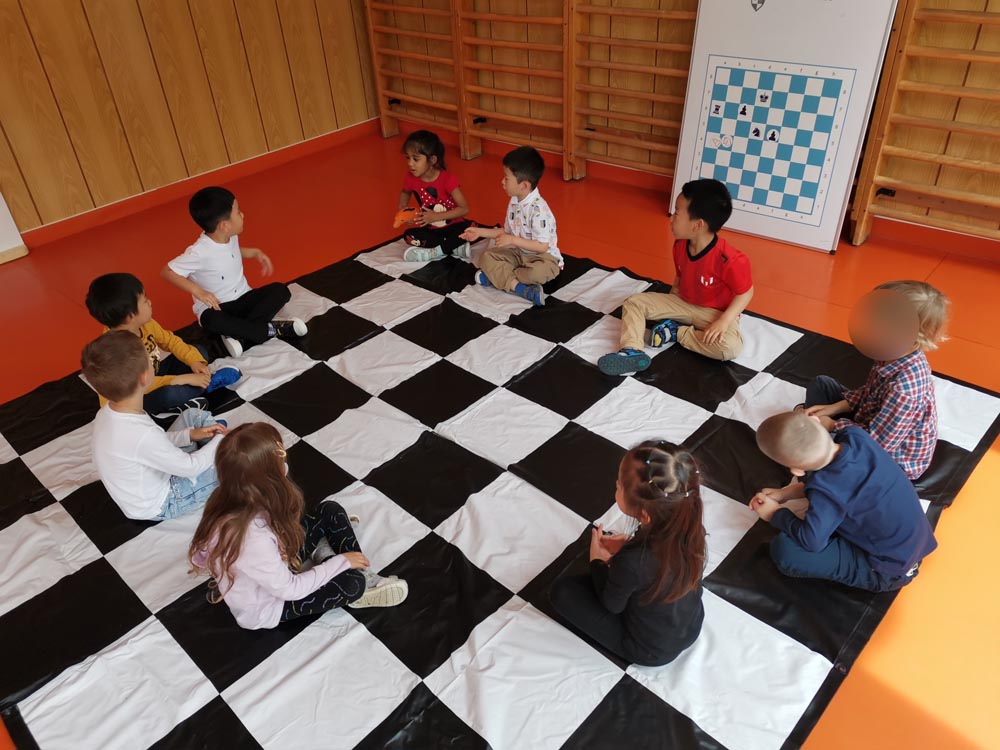 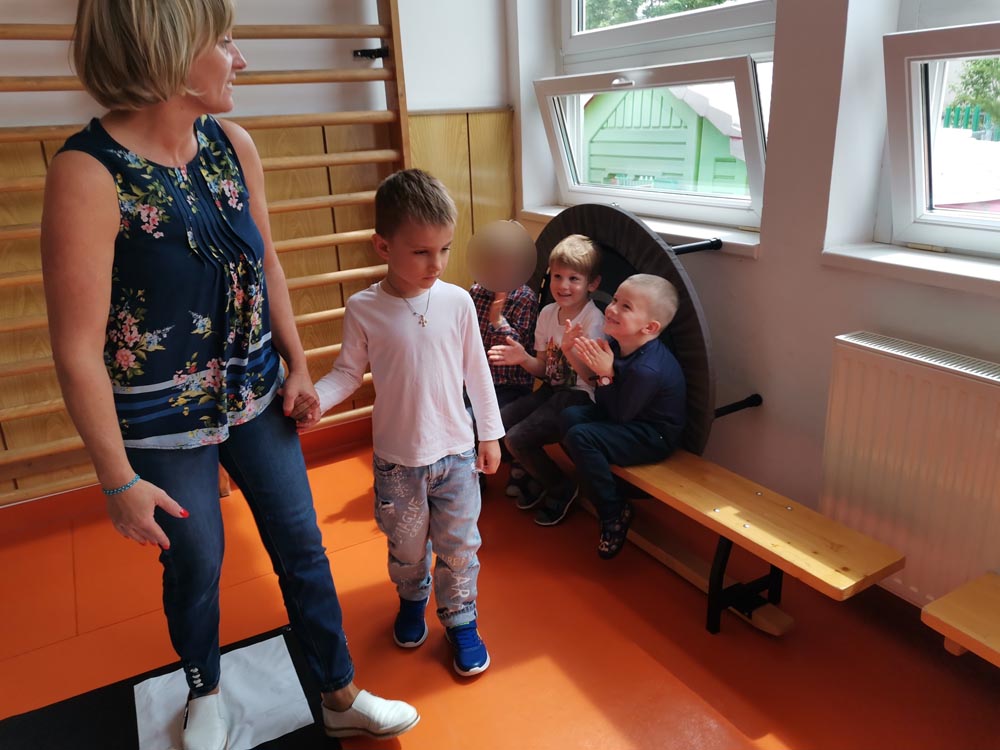 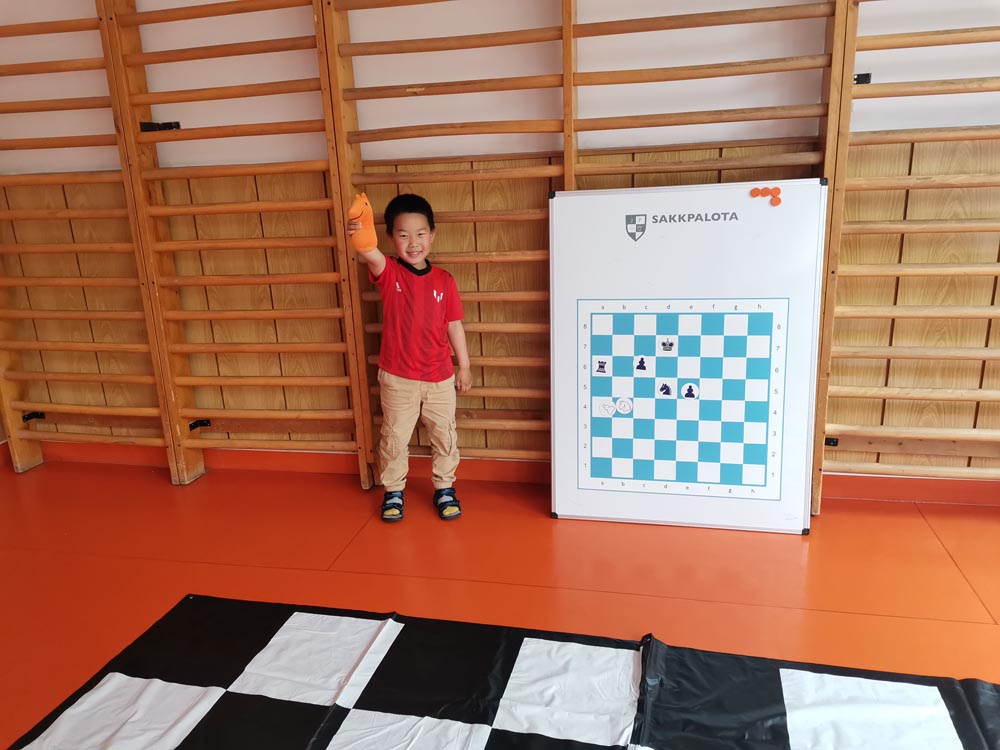