The Brilliant Pandas children flew to the Chessplayground land and helped Sturdy Rook to deliver some very important letters, such as a birthday card to Elephant Street 4, a birthday invitation to Guitar Street 6, a lost letter to Apple Street 1, and many other letters with many other purposes as well. Then, they listened to a story of the royal couple who got soaking wet in the rain and needed a rescue. We discussed what we would do if it would start to rain and we would have no umbrella. Some would run home, some would jump up and down in a muddy puddle, some would dance, some would take a raincoat out of their bag, and some would go underneath something near that can protect them from the rain. After the Brillant Pandas worked on their chess workbooks and fixed a chessboard by colouring some missing black squares, they connected the chess pieces with their shadows and learned how to identify them by their looks. What an amazing lesson it was! 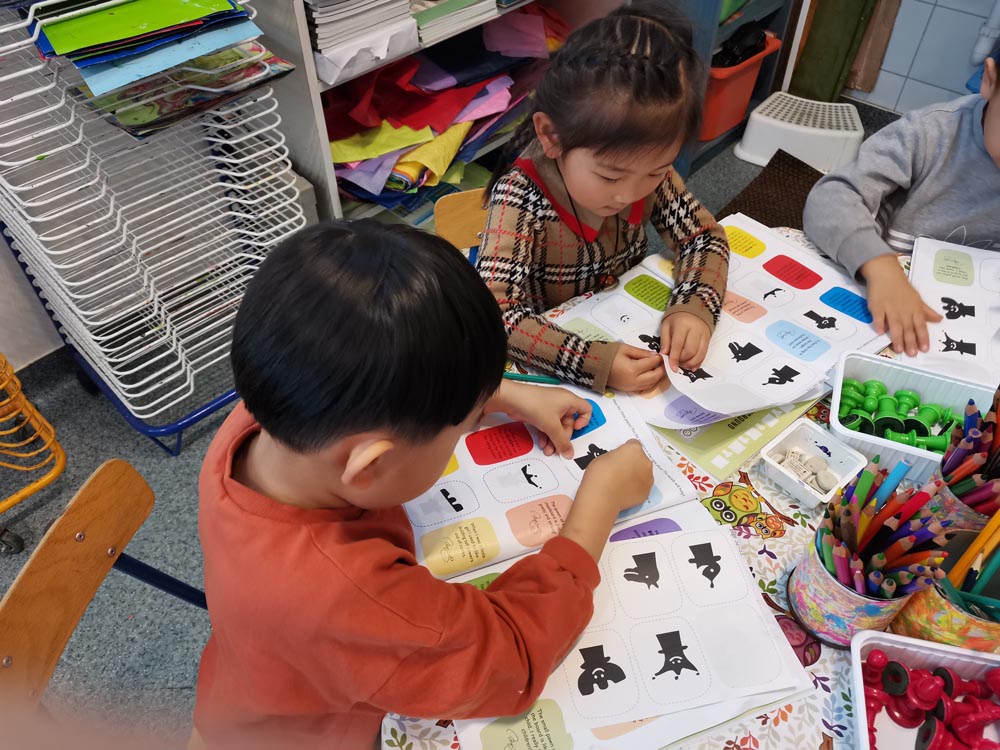 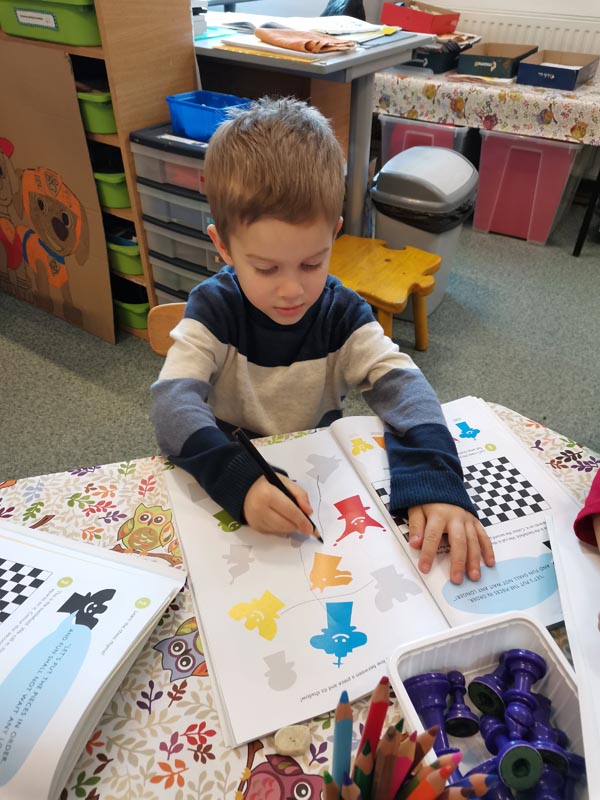 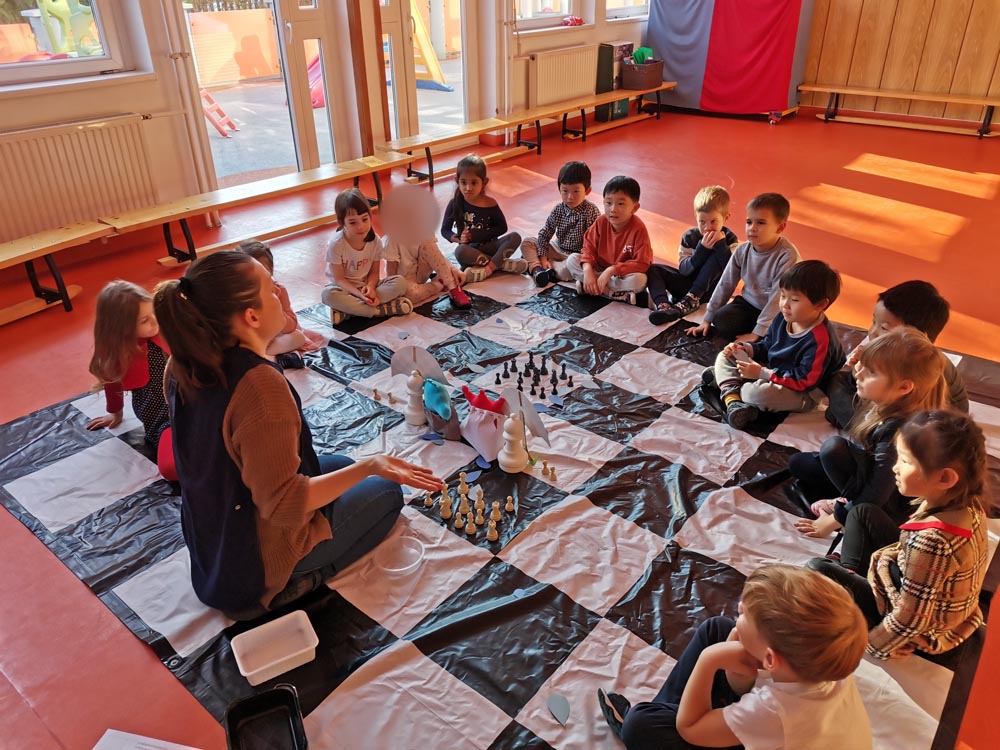 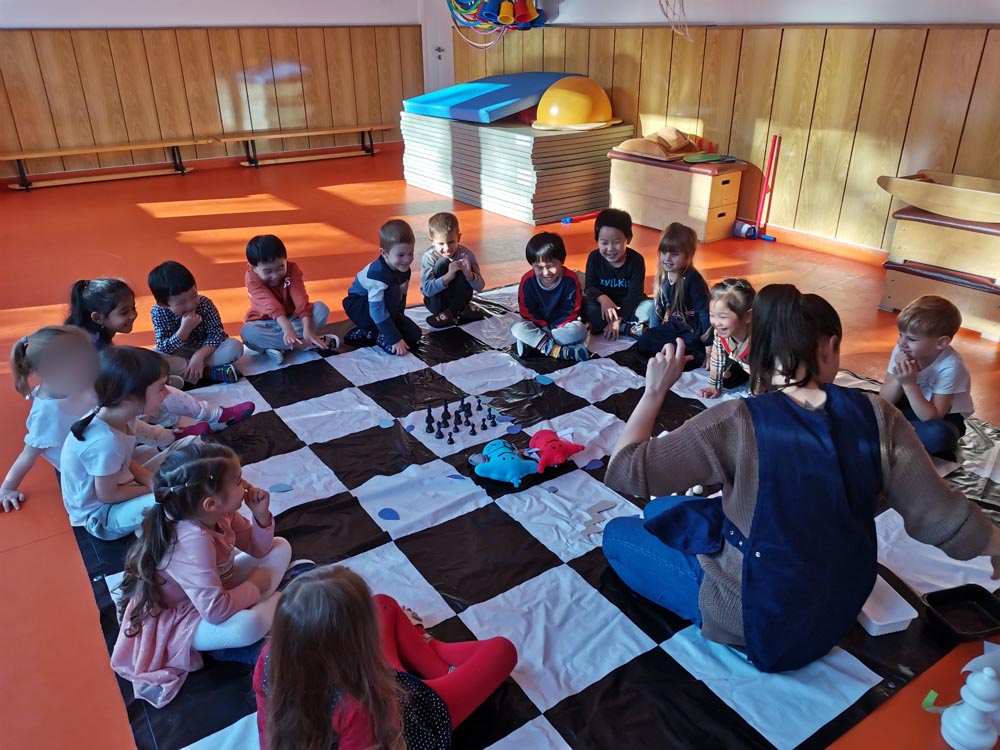 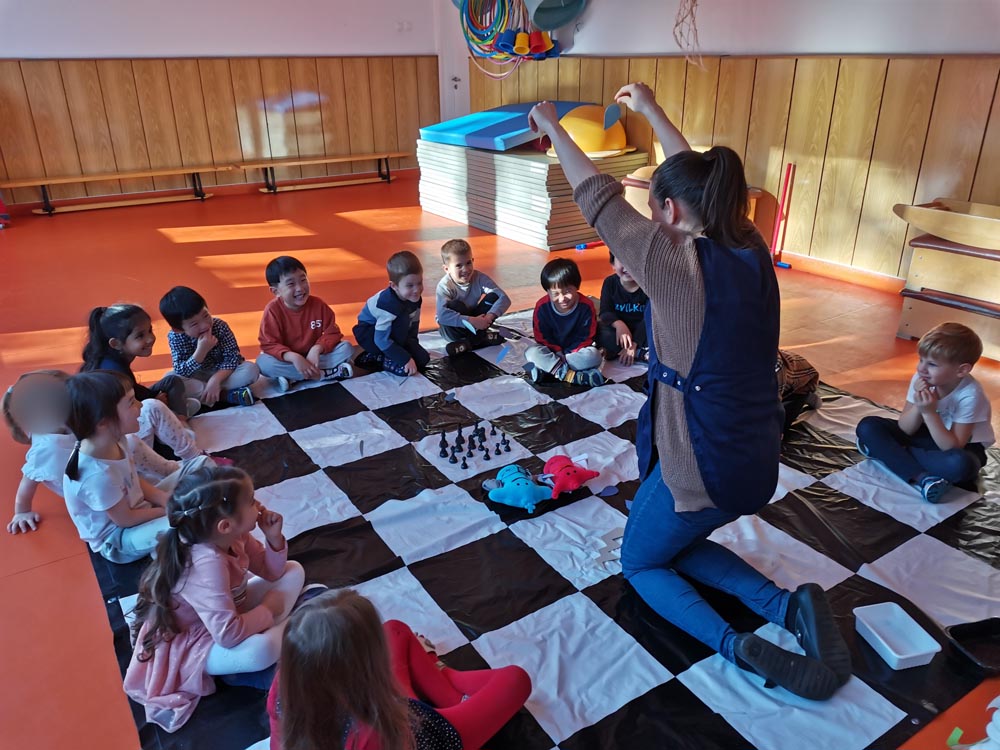 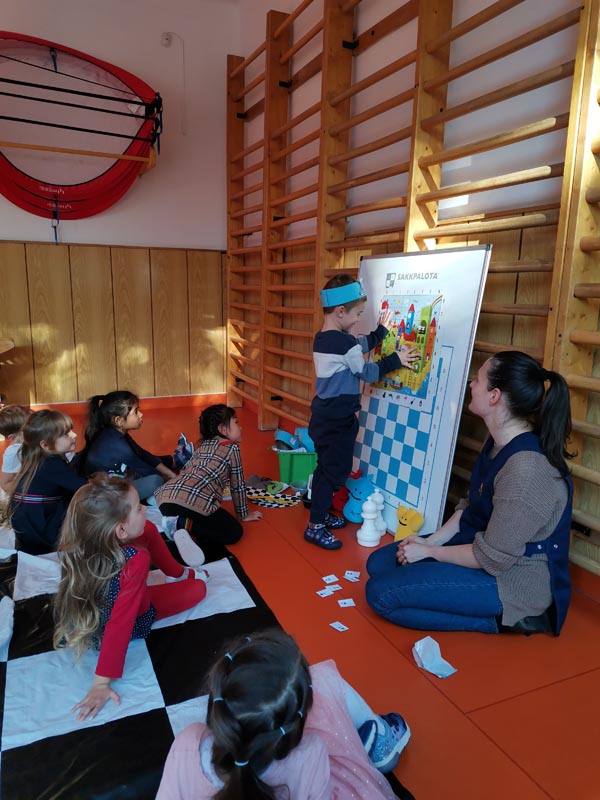 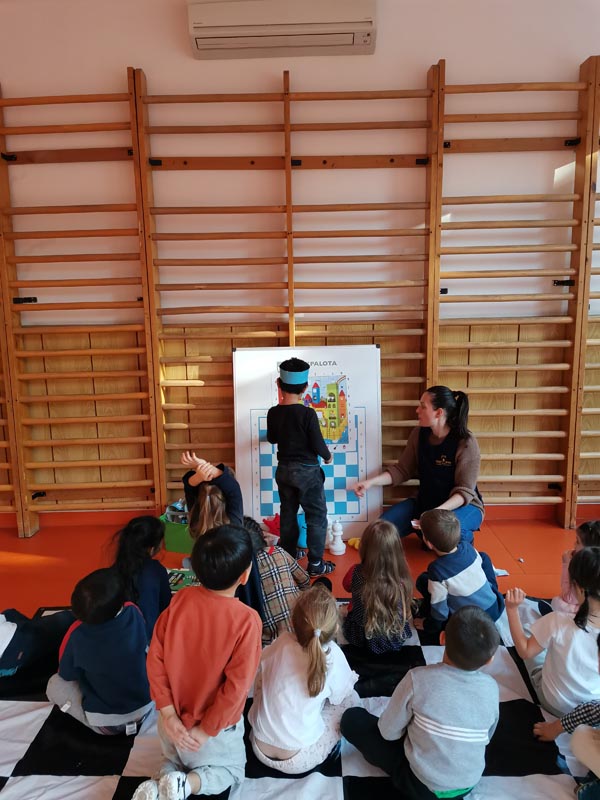