The Brilliant Pandas children went to the Chess Playground land and played with the black and white chess pieces. First, the children named and placed all the chess pieces on the chess rug. Then, they played a chess-themed memory game with the pieces. In the beginning, they had to put four big chess pieces in the same order as the small ones collaboratively. Next, they showed their memory and creativity skills by making chess puzzles for each other and challenging them to solve them both individually and collaboratively. 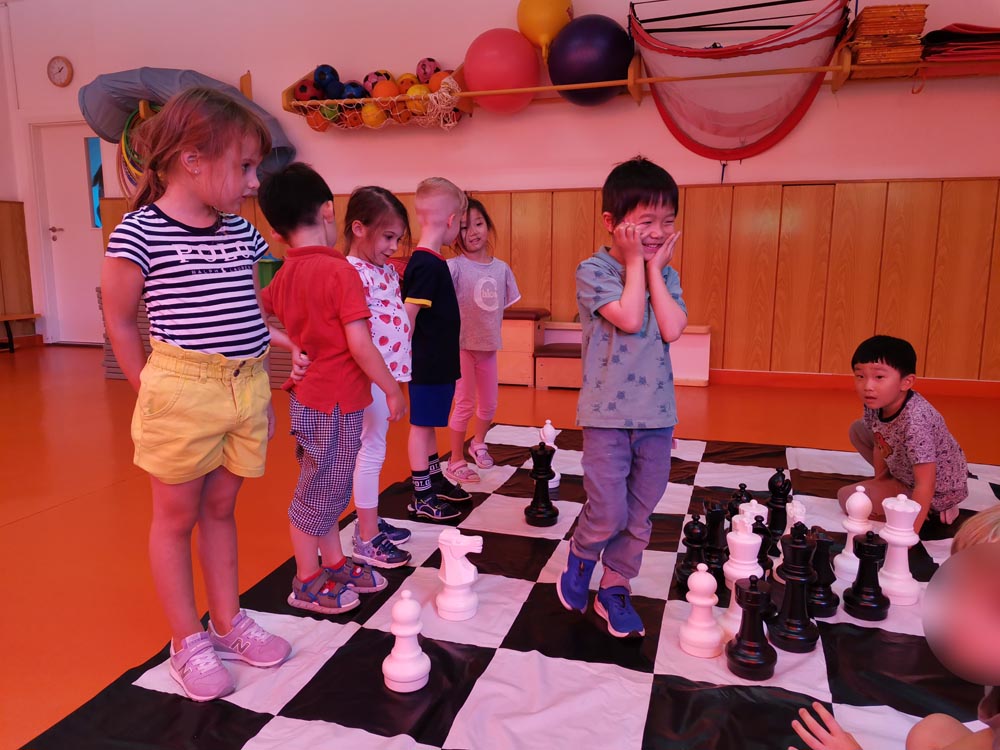 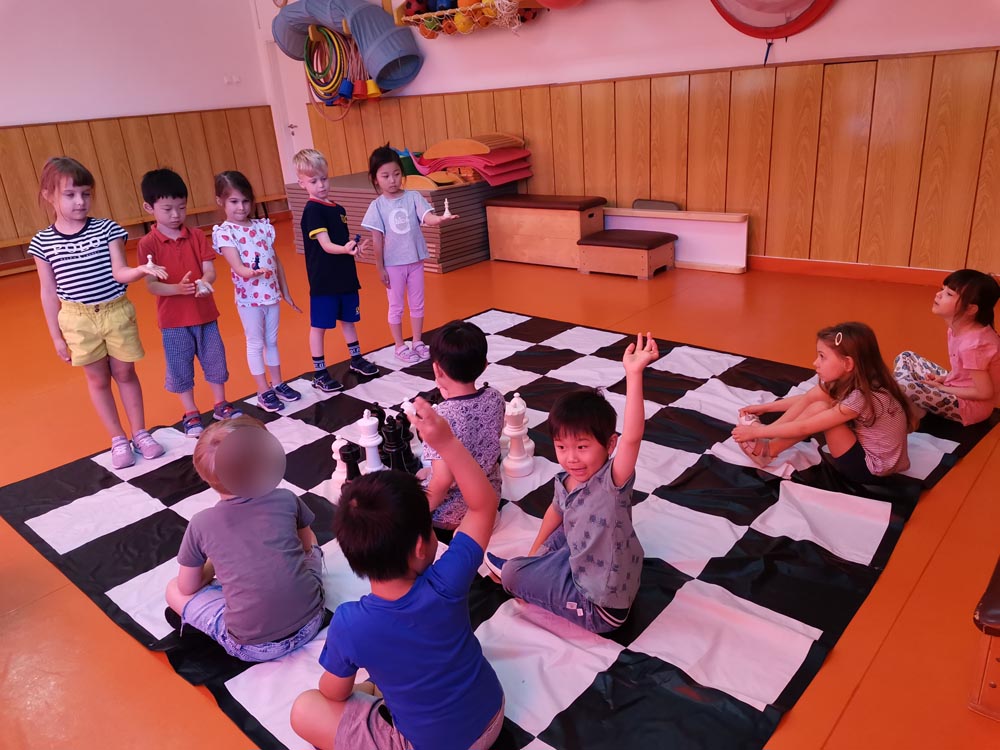 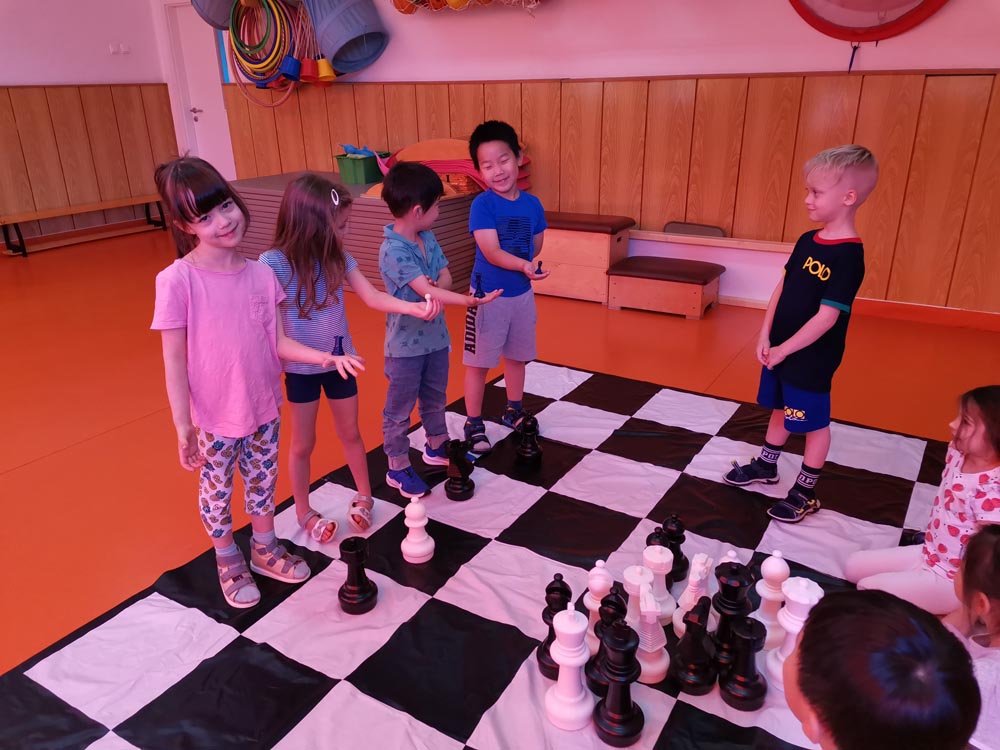 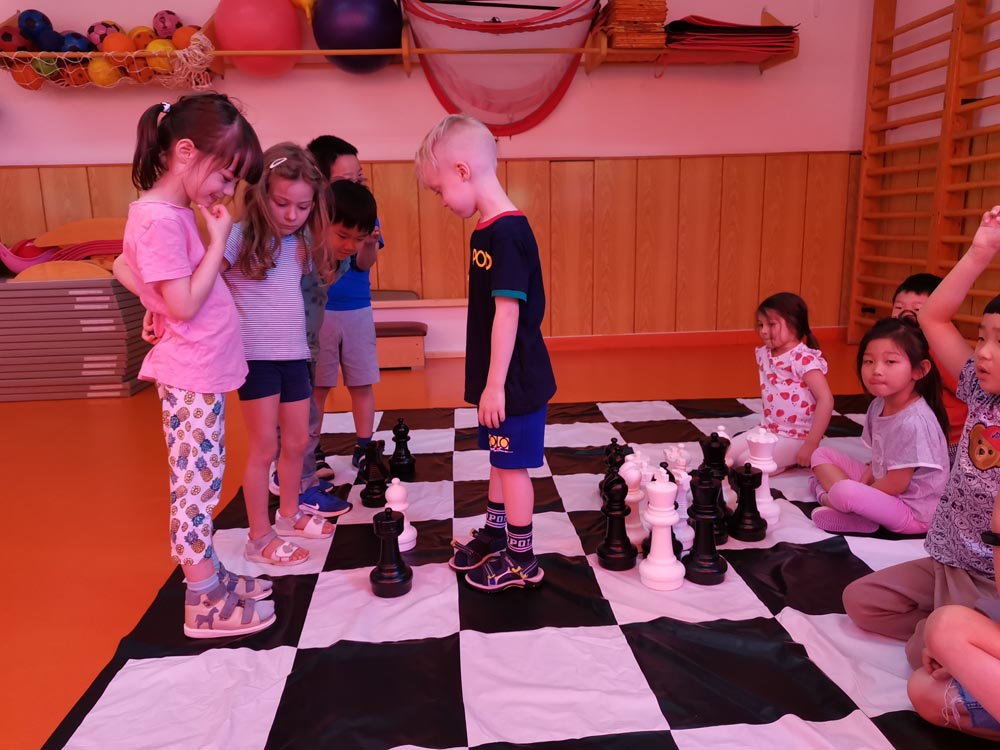 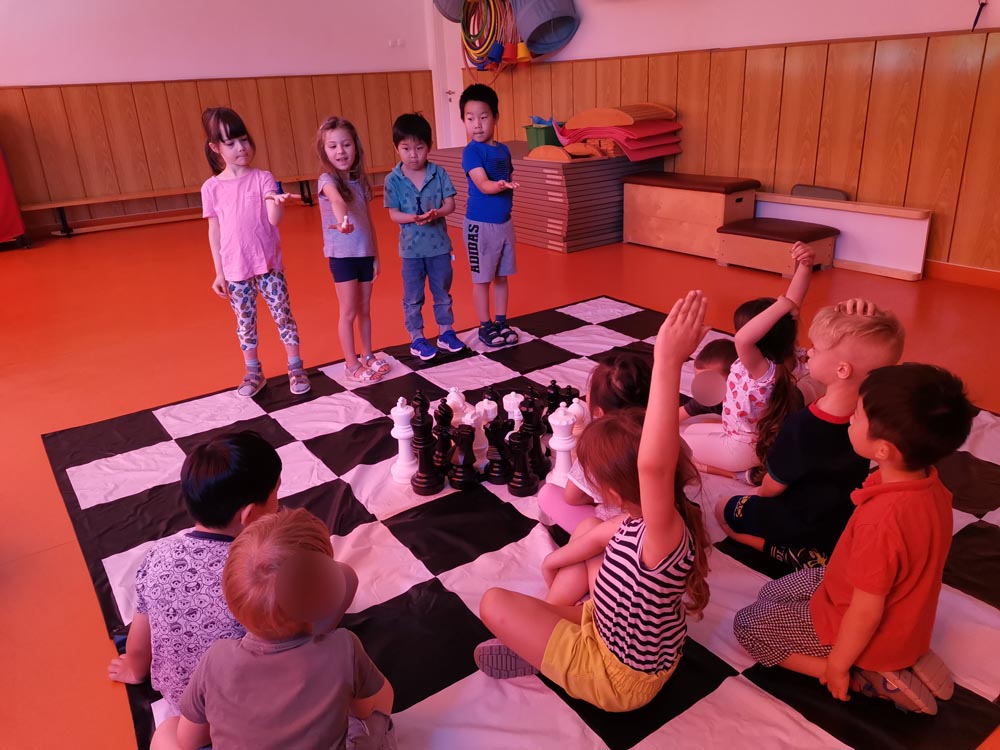 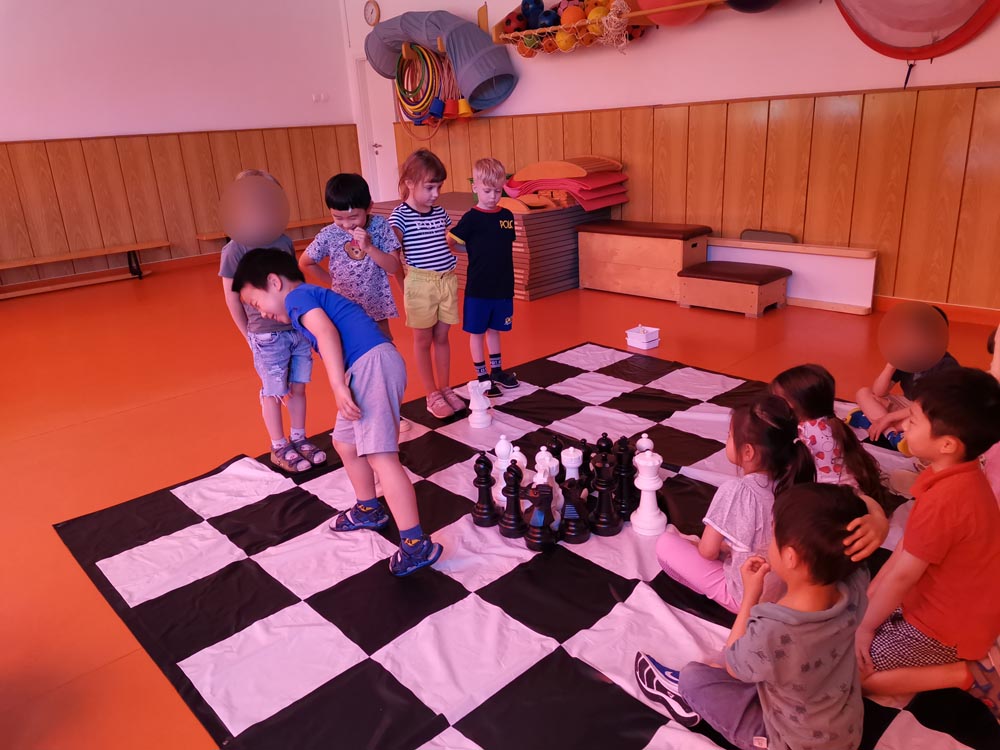 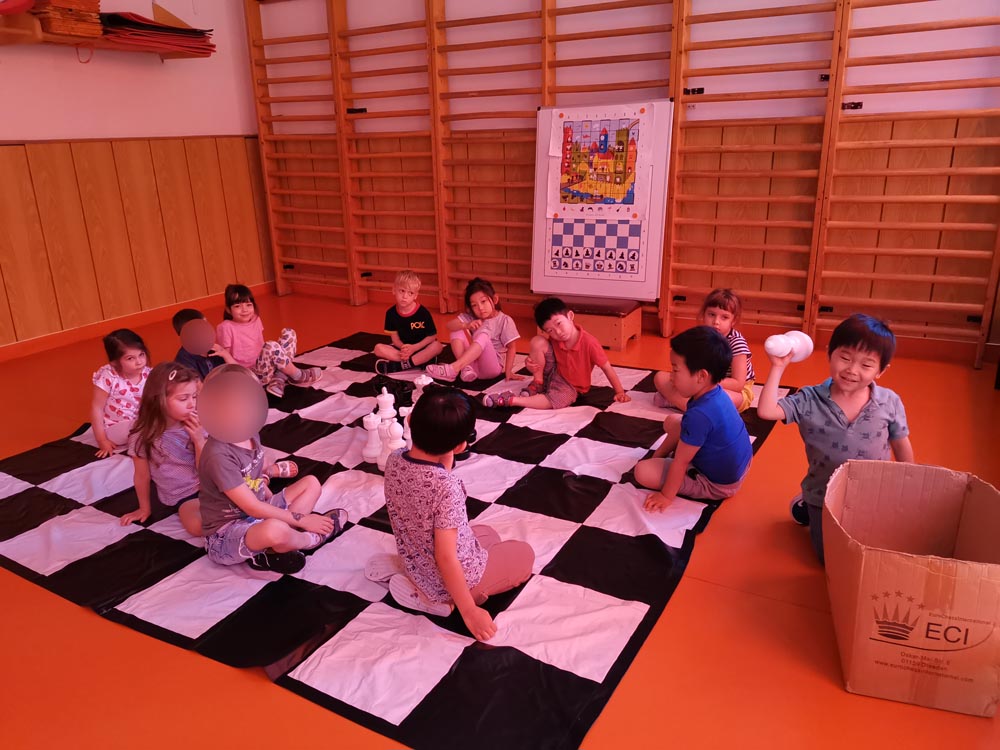